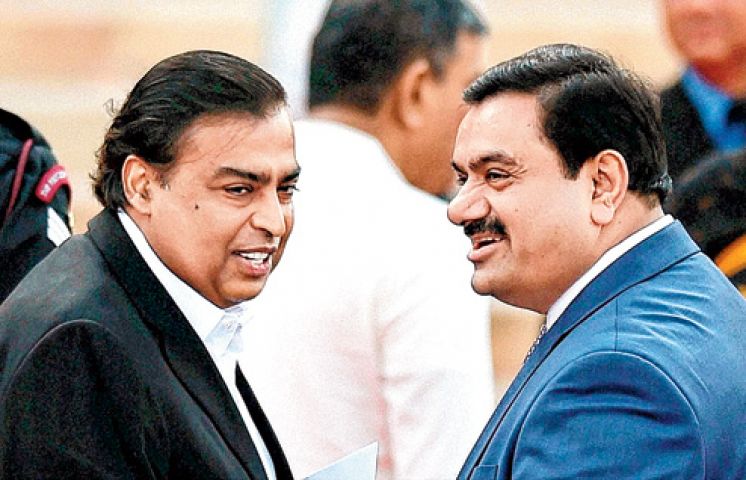 Mukesh D. Ambani and Gautam Adani, India’s two richest industrialists, will continue to lead mergers and acquisitions (M&A) in the country as they look at new avenues to diversify their businesses, a top official at Barclays Plc said.

“We’ve seen both Adani and the Reliance Group have ventured into several newer areas. They do have capital backing them, so we will continue to see them spot opportunities in this environment,’’ Pramod Kumar, managing director and head of investment banking for India at Barclays, said in a Bloomberg Television interview on Wednesday.

According to Bloomberg data, India saw a record amount of $82 billion in M&A deals in the second quarter of 2022. Of this. around $10.5 billion was contributed by Adani who acquired Holcim India’s stakes in Ambuja Cements and ACC.

Mukesh Ambani-led Reliance Industries has also been on the prowl and had eyed the pharmacy retail business of Walgreens Boots Alliance, Inc. (WBA) along with Apollo Global Management.

However, WBA abandoned its plans to sell the division. Ambani also could not complete the acquisition of Future Group’s retail operations.

Cash-rich Reliance is reportedly keen on acquiring German retailer Metro AG’s wholesale operations in India, after acquiring firms such as REC Solar and a 40 per cent stake in SWREL formerly known as Sterling and Wilson Solar Ltd earlier this year.

Both are now squaring off against each other in the upcoming 5G auction. Adani’s surprise entry into the field late last week has led to intense speculation that he may be eyeing Vodafone Idea in the long run and become a full-fledged telecom operator

Though the group has said it will use any spectrum solely for enterprises, it could enter mobile telephone services at a later date, analysts said.

A Goldman Sachs report said that while the Government of India will own a 33 per cent stake in Vodafone Idea after the conversion of the company’s dues into equity, the Centre has indicated that it will look to sell this stake at an appropriate time to realise the due amounts.

“The government has not clarified whether such a stake could be sold to a potential new entrant,’’ the brokerage added.

Kumar reportedly added that the deal activity in India will slow down since investors have turned more cautious because of rising interest rates and the falling rupee.

In this calendar year, one of the major M&A deals was Biocon Biologic’s agreement to buy Viatris for $3.34 billion.