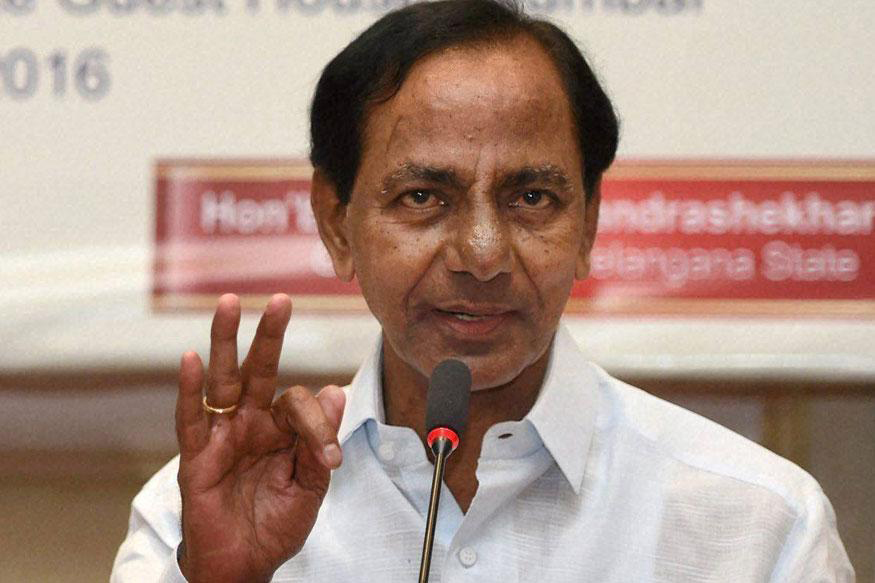 Telangana Chief Minister K Chandrashekar Rao is very likely to announce the details of his national agenda on the occasion of Dussehra. Sources have indicated KCR will announce the name of his national party on the occasion of Dussehra after his party's meeting at Telangana Bhavan. The information about the chief minister's meeting was confirmed by his office on Monday.

There are speculations that KCR may reveal the details of his approach towards national politics after the meeting.  It is also believed that a delegation of TRS party leaders will leave for Delhi to change the name of the party.

According to the sources, KCR will be addressing a public gathering on October 9 in the national capital.

Commenting on the development, TRS leader Sreedhar Reddy said, "The people of the nation are looking for a strong national platform as NDA failed in all aspects of governance."

KCR spoke about the national platforms and going to the national level. He said that the Gujarat model failed utterly and the country is looking for a strong alternative.

"Wait and watch for the CM KCR to announce the name of the National party," said Sreedhar Reddy.

On the other hand, Telangana PCC Campaign Committee Chairman and EX-MP, Madhu Goud Yaskhi said, "It is a meaningless move by the CM of Telangana to form a national party. He has cheated the people of Telangana and now wants to cheat the people of the nation. This is just a cover-up of his failures and a tactic to divert the money from the Delhi liquor scam of his family members".

"KCR is just trying to divide the opposition for the benefit of the BJP party. Congress is the only way to a BJP-free country. If KCR wishes it, he should join Congress. However, the Congress does not want any alliance with the TRS party at the state level," said Madhu Goud Yaskhi, Telangana PCC Campaign Committee Chairman.

BJP Rajyasabha MP Dr. Lakshman also retaliated and stated, "In a democracy, any political party at the national level or state level, everybody has the right to start the National party."