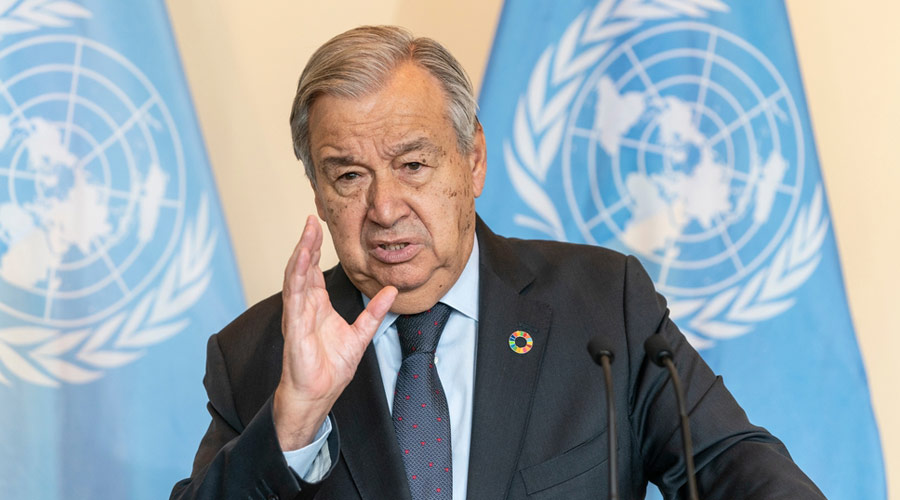 The annual diplomatic gathering at the UN this week places the spotlight on its top chief, António Guterres, the secretary general, who is responsible for persuading an increasingly fractured and sceptical world that the UN — and, by extension, his position — is still vital for international order and multilateralism.

In his opening remarks on Tuesday, Guterres said that the world was in peril, and geopolitical divides were undermining international law, trust in democratic institutions and all forms of international cooperation.

“We cannot go on like this,” he said. “We have a duty to act. And yet we are gridlocked in colossal global dysfunction.” In remarks that pivoted between alarm and hope, the secretary general made demands for collective action. He warned of a world burning because of climate change and said the UN charter and the ideals it presents are in jeopardy, alluding to Russia’s invasion of Ukraine and the inequalities that have exploded as food and energy prices rise.

“Let’s have no illusions. We are in rough seas,” Guterres said in one of the bluntest speeches he has delivered to world leaders. Guterres identified three areas where he said world leaders should come together: peace and security, the climate crisis and addressing inequality in developing countries. The war in Ukraine, Guterres said, has “unleashed widespread destruction with massive violations of human rights and international humanitarian law”.

The conflict unexpectedly elevated Guterres’s role as a humanitarian mediator. He has bluntly condemned Russia for violating the UN charter and called for investigations into potential crimes against humanity in Ukraine.  But Guterres also reminded the audience of other crises still posing a threat to global stability, such as Afghanistan, Myanmar, the Democratic Republic of Congo, and Israel and Palestine.

Turning to climate, Guterres accused the fossil fuel industry of “feasting on hundreds of billions of dollars in subsidies and windfall profits” and called on the leaders of wealthy countries to issue additional levies to help vulnerable nations facing the irreparable damages of climate change.

“Today, I am calling on all developed economies to tax the windfall profits of fossil fuel companies,” he told the heads of state and other government officials gathered at the UN General Assembly hall