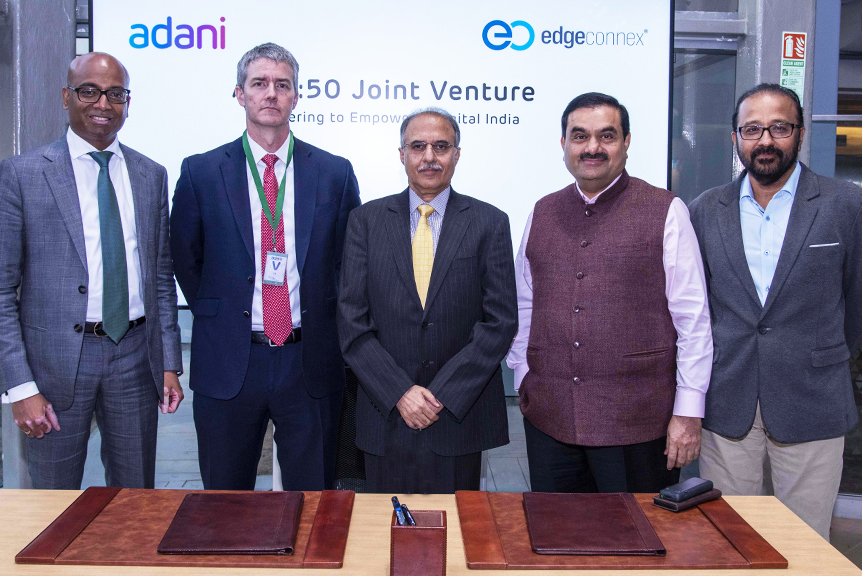 Adani Group firm AdaniConneX is planning to build 1,000 megawatt data centres -- almost double the present size of the total industry -- over a period of 10 years, a senior company official said.

AdaniConneX Senior Vice President and Head of Data Centre Business, Sanjay Bhutani said the the first seven data centres of the company will come up in Mumbai, Chennai, Hyderabad, Delhi, Bengaluru and Pune.

Data centre capacity is measured in terms of power they consume. According to market research firm Arizton, India's data centre market size stood at 447 MW in 2021, valued at USD 10.9 billion.

Bhutani said the six cities which will get first seven data centres will have total capacity of 450 MW over the next three years, while 550 MW is going to be in tier-2 and 3 towns.

He added that undersea cable is very important for the data centre business and Mumbai and Chennai are only two locations in India which are connected to this network.

The government has granted digital infrastructure status to data centres and seven states have already come up with a data centre policy, which Bhutani said is helping the company to be more efficient and agile.

"Government also came out with a lot of policies which are actually helping the nation to grow at a faster pace, creating a common infrastructure, which can be used by all of us. Let's not create data centers individually," Bhutani said.

He said while India has 550 MW data centres, still a lot of data is going out of the country. To make India a global digital hub, there is need to get data of other countries hosted in India, he noted.

Adani Enterprises had in February last year formed a 50-50 joint venture with US-based EdgeConneX to set up data centres in India.

The JV had earlier announced plans to set up data centres in Chennai, Navi Mumbai, Noida, Visakhapatnam and Hyderabad.

Adani Group had last year submitted an application to the Uttar Pradesh government to build a data centre in Sector 80 in Noida with investment of Rs 2,500 crore.