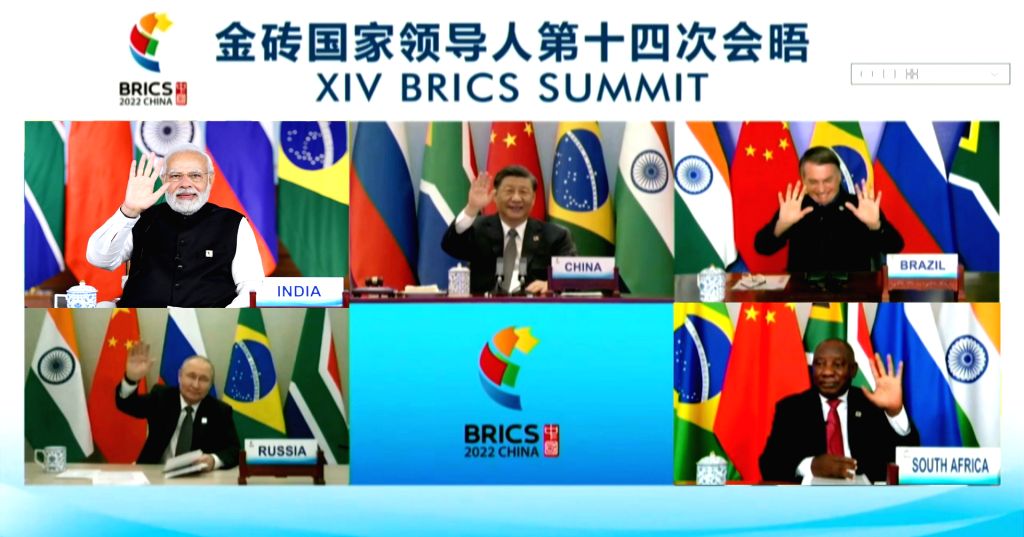 Prime Minister Narendra Modi has said that the BRICS member nations should understand each other's security concerns and provide mutual support in the designation of terrorists, asserting that this sensitive issue should not be "politicised".

Modi's made the comments at the summit of the BRICS (Brazil-Russia-India-China-South Africa), days after China blocked a joint proposal by India and the US to designate Pakistan-based terrorist Abdul Rehman Makki as an international terrorist under the provisions of the UN sanctions committee.

In a statement at the end of the China-hosted summit, the MEA on Friday (June 24) provided the details of the prime minister's suggestions and comments during the deliberations.

"The Prime Minister also noted that as BRICS member we should understand security concerns of each other and provide mutual support in the designation of terrorists; this sensitive issue should not be politicised," the MEA said.

After China blocked the proposal to designate Makki, Indian government sources said that Beijing's decision runs counter to its claim of combating terrorism and signals its "double standards".

Makki has been involved in raising funds, recruiting and radicalising youths to resort to violence and planning attacks in India, particularly in Jammu and Kashmir, they said.

It was not the first time that China has placed hurdles for the listing of known terrorists as it had repeatedly blocked proposals to designate Maulana Masood Azhar, the chief of Pakistan-based and UN-proscribed terrorist entity Jaish-e-Mohammed (JeM).

The BRICS declaration said the leaders expressed strong condemnation of terrorism in all its forms "whenever, wherever and by whomsoever committed".

"We recognise the threat emanating from terrorism, extremism conducive to terrorism and radicalisation. We are committed to combating terrorism in all its forms and manifestations, including the cross-border movement of terrorists, and terrorism financing networks and safe-havens," it said.

The BRICS said the states have the primary responsibility in combating terrorism with the United Nations continuing to play a central and coordinating role.

"We reject double standards in countering terrorism and extremism conducive to terrorism," it said.

"We reaffirm our unwavering commitment to contribute further to the global efforts of preventing and countering the threat of terrorism on the basis of respect for international law, in particular the Charter of the UN and human rights," it added.

At the summit, Modi also highlighted India's development partnership with Africa, Central Asia, South East Asia, and from the Pacific to the Caribbean, the MEA said.

It said that the BRICS leaders on Thursday held discussions including in the fields of counter-terrorism, trade, health and agriculture, besides delving into various global issues such as reform of the multilateral system, COVID-19 pandemic and global economic recovery.

The MEA said Modi called for the strengthening of the BRICS identity and proposed the establishment of an online database for BRICS documents as well as a BRICS railways research network.

"India will be organizing BRICS Startup event this year to strengthen the connection between Startups in BRICS countries," the MEA said.

"On 24 June, the Prime Minister highlighted India's development partnership with Africa, Central Asia, South East Asia, and from Pacific to Caribbean; India's focus on a free, open, inclusive, and rules-based maritime space; respect for sovereignty and territorial integrity of all nations from the Indian Ocean Region to the Pacific Ocean," the MEA said.

It said Modi noted the importance of circular economy and invited citizens of participating countries to join Lifestyle for Environment (LIFE) campaign.