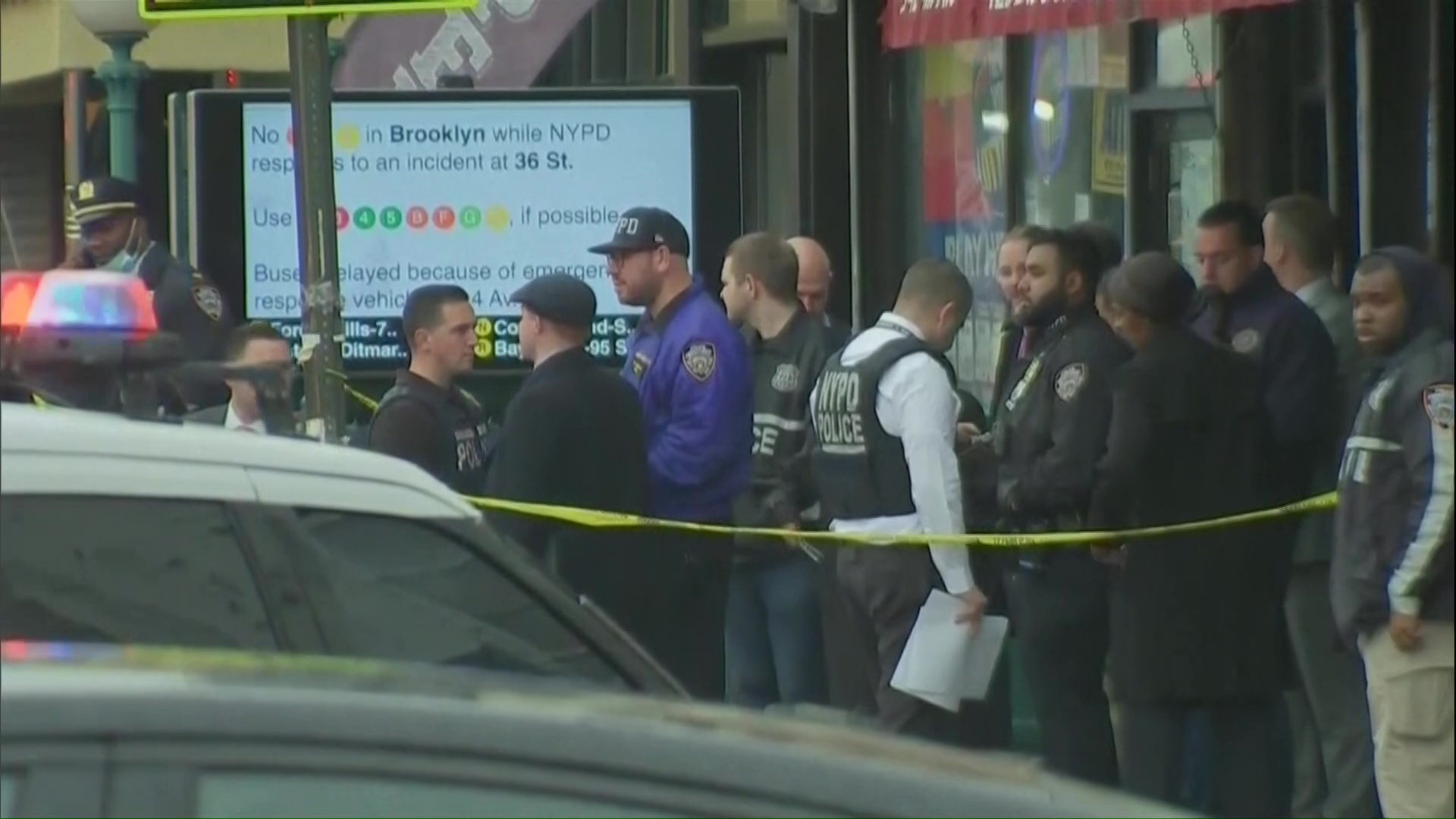 The gunfire wounded at least eight people, and at least 16 in all were injured in some way in the attack at the 36th Street station in the borough's Sunset Park neighbourhood. However, there is no one with life-threatening injuries, said Sewell.

Photos and videos from the scene, which have gone viral on social media, showed people tending to bloodied passengers lying on the floor of the station.

Sewell said the accused was reportedly a Black male, 5'5" tall, with a heavy build. He was wearing a green construction-type vest and a grey hooded sweatshirt, she added.

Meanwhile, US President Joe Biden has been briefed on the shooting.

"President Biden has been briefed on the latest developments regarding the New York City subway shooting," the White House said as Biden left the city for his day long trip to Des Moines in Iowa.

"White House senior staff are in touch with Mayor Adams and Police Commissioner Sewell to offer any assistance as needed," said the White House.

New York Governor Kathy Hochul said in a tweet that, "I have been briefed on this developing situation in Brooklyn. First responders are on the scene and we will work with @MTA & @NYPDnews to provide updates as the investigation continues."

Residents were asked to avoid the area of 36th Street and 4th Avenue in Brooklyn "due to an investigation."

Meanwhile, schools in the area of the Brooklyn subway shooting are sheltering in, Education Department said.

All schools in the nearby Brooklyn area are on a "shelter in" order, which means no one is allowed to leave the building, and only students are allowed in, a Department of Education spokesperson explained