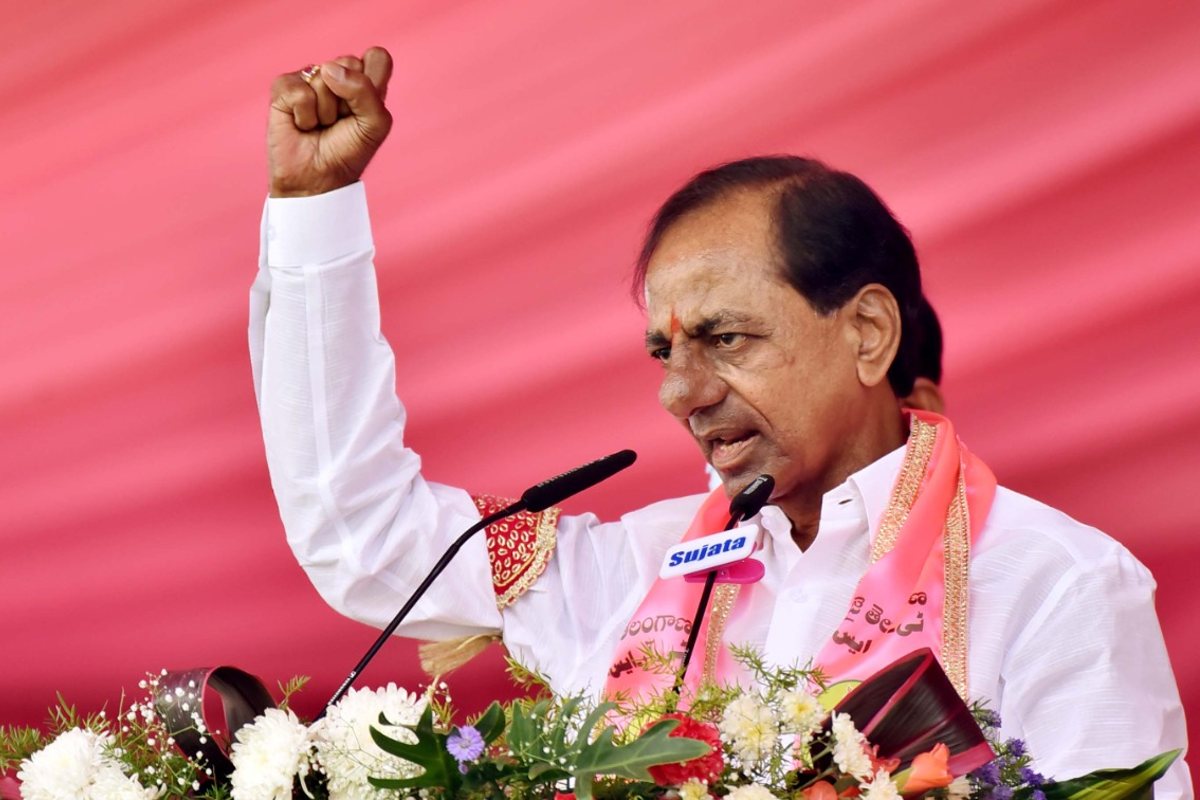 On the eve of Telangana Formation Day, Telangana Chief Minister K Chandrashekar Rao extended greetings to the people of Telangana.He said that the formation of a new State i.e Telangana, has been possible due to the sacrifices made by people for this state, and it was built with the same spirit.

"Telangana continued to progress and stood as a role model for the country," he said.

The Chief Minister said it is a proud moment for every Telangana citizen that would make them feel happy and will remind them of the growth the State has achieved in various spheres so far. He said that Telangana has registered a qualitative growth in various sectors like agriculture, irrigation, power, education, health etc.

The awards and rewards announced by the Union Government and other national and international agencies are a testimony to the State's development, he added.

Rao said that the Telangana State achieved unprecedented growth in terms of ensuring the welfare and development of people by implementing various schemes in the last 8 years. Telangana is building the country in terms of industry, infrastructure development, trade and commerce etc, he said.

Rao said the State Government is delivering people's welfare centric administration with utmost transparency and economic discipline.Meanwhile, the Ministry of Culture will organise Telangana Formation Day celebrations in Delhi on June 2 and Union Home Minister Amit Shah will be the chief guest at the event, officials said on Tuesday.

Telangana was officially formed on June 2, 2014, and the day is celebrated as Telangana Day or Telangana Formation Day. Union Minister for Culture, Tourism and DoNER G Kishan Reddy and Minister of State for External Affairs and Culture Meenakashi Lekhi will also attend the event that will be held at Dr Ambedkar International Centre, the ministry said.

The programme aims to highlight the roots of the land of culture, heritage, architectural magnificence and unsung heroes of India's youngest state, which is celebrating its eighth anniversary this year