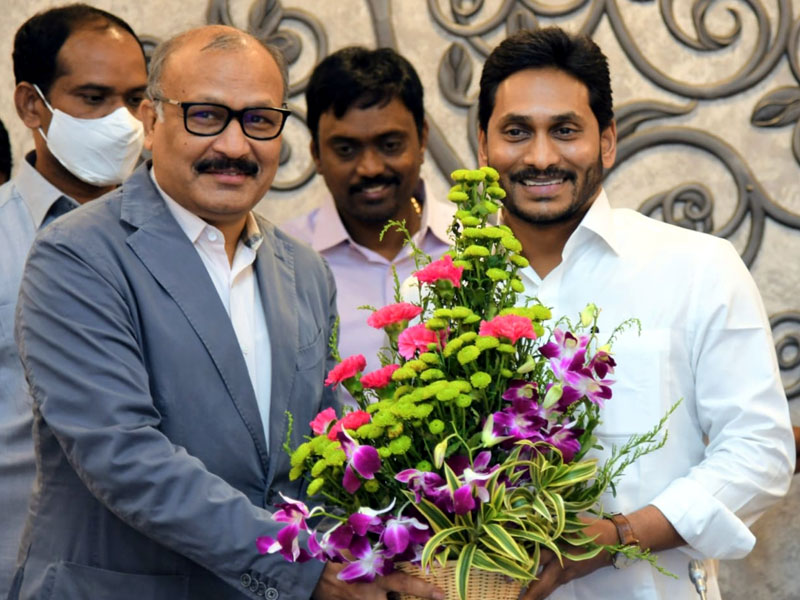 Chief minister YS Jaganmohan Reddy is very passionate to implement pro-environment and energy efficiency and water management programs— Chief Secretary, Andhra Pradesh, Adityanath Das has exhorted the need to continue cost-effective measures in the power sector by adopting innovative and global technologies that will not only have monetary savings on the state’s exchequer but also help the environment by combating climate change.

Participating in a webinar the chief secretary said the state will fully focus on contributing to the reduction in Green House Gases(GHGs) emissions and support the government of India in mitigating the ill effects of climate change by adopting short term and long term strategies involving all the stakeholders. He added AP is determined to become a role model in the country in promoting green energy through energy efficiency and renewable energy sources for providing a clean environment which will protect the interest of posterity.

As per the Bureau of Energy Efficiency, GoI estimates, Andhra Pradesh has a saving potential of 25% i.e 16875 MU out of the total annual energy demand of around 67,500 Million Units. To achieve this, stringent steps could be taken in all the government departments that result in reducing economic burden through lower electricity bills.

As per tentative and preliminary estimates, the state has saved around 2932 MU of energy worth Rs. 2014 Crs per annum through various state govt. schemes such as Agricultural DSM, Gram panchayat Street lighting and Central govt. schemes like Perform, Achieve & Trade(PAT),  UJALA etc.  In order to achieve further energy savings of around 14000 MU, more measures needs are taken up. The CS suggested energy department prepare a comprehensive road map to achieve the said target.

In the context of COVID-19 and its impact and forthcoming executive committee meeting of AP State Energy Conservation Mission (SECM) soon, the Chief Secretary has emphasized the need to continue cost-effective measures in the power sector by availing innovative and global technologies with Secretary, Energy, GoAP, Srikant Nagulapalli and officials of SECM through a webinar.

One of the key objectives of Chief Minister Y S Jaganmohan Reddy is to provide the highest quality and reliable (24×7) power supply to even the common man with affordable power charges. Apart from this, the CM has been insisting to take up vigorously environmental protection measures including effective water management, energy efficiency and promotion of renewable energy sources at a cost-effective basis which will have a major impact on GHGs. The department needs to focus on study and taking up advanced technologies for outstanding performance of the sector including Energy Efficiency to achieve the above objective.

Impressed with the best performance of the energy department, the CS said that countries like United States, Japan, Germany, Norway etc., that are well advanced in Energy Management practices have reduced their energy cost by implementing energy efficiency at global standards. The CS emphasized the need to study such advanced technology and opportunities to adopt in our State with the support of BEE, MoP, Govt. of India.

As per the reports of UNNATEE revealed by BEE, GoI, the energy efficiency investment potential in the country is Rs.10 lakh Crore by 2031. Since AP has a strong track record in the country in the area of energy efficiency, the CS has suggested secretary energy to identify the sector-wise energy efficiency investment potential in the state which helps for employment generation and overall economic development.  In view of the COVID-19, which has badly hit the economy, efforts have to be made to enhance energy efficiency in the industry and MSMEs in particular wherein out of the total energy demand, 32% energy is consumed in these sectors to the tune of around 20,000 MU.If we implement Energy Efficiency measures in these sectors, results can be achieved faster.

Performance, Achieve & Trade (PAT)(a mandatory scheme of BEE) is a market-based compliance mechanism to accelerate improvements in energy efficiency in energy-intensive industries through tradable instruments called Energy Saving Certificates (ESCerts). It is preliminarily estimated by BEE that AP State has achieved 0.49 million tons of oil equivalent (mtoe) of energy savings worth of Rs. 3,340 Crs with a reduction of 1.62 million tons of CO2 as against National savings of 21.97 Mtoe worth of Rs.24,050 Crs and reduction of 78.55 million tons of Co2 combined for PAT Cycle 1 & 2.

It’s a good gesture that the Union Ministry of Power has appreciated the AP Govt. for saving around Rs.2432 Crs through cost-effective measures which have attracted many states in the country. Best practices will have a major impact on the economy of the state. The Govt invites national agencies like Bureau of Energy Efficiency (BEE), Energy Efficiency Services Limited(EESL), The Energy Resources Institute (TERI), Confederation of Indian Industries (CII), Administrative Staff College of India(ASCI) and international agencies like International Energy Agency (IEA), United States Agency for International Development (US AID) and Organization of Economic Co-operation and Development (OECD) through Bureau of Energy Efficiency, MoP, GoI to collaborate with Andhra Pradesh in its energy efficiency movement. The government is keen to provide highest quality of power to industries at global standards by adopting energy efficiency technologies

The CS said that during COVID-19 last year, the Govt. has announced Rs.1100 Crs to MSMEs of AP as financial aid package known as the Restart package.CS has directed the energy dept to furnish a report in the next executive committee meeting department wise initiatives and establishment and functioning of Energy Conservation cells.

The Secretary informed CS about a letter written to Union Ministry of power officials and said the energy dept is continuously pursuing with BEE, MoP, GoI for introducing minimum 5% interest subvention (facility to provide a discount in interest rate compared to existing market rates) through energy efficiency financing scheme to scale up Energy Efficiency projects in industries.  This will help the entrepreneurs to improve their productivity and reduction in production costs and GHG emissions.

Recognizing the sustained efforts of the commissioner of Industries and SECM, the State Designated Agency of AP, the BEE, GoI has been supporting in conducting energy audits and demonstration projects by providing technical and financial support.  BEE has again selected AP refractory cluster in the national efficiency Road map for MSMEs. Also, BEE has sanctioned funds for conducting Situational analysis and energy audit in Dal processing, Spinning and Cold storage MSME clusters, informed secretary energy.

Energy Efficiency measures taken up in MSMEs in the state: