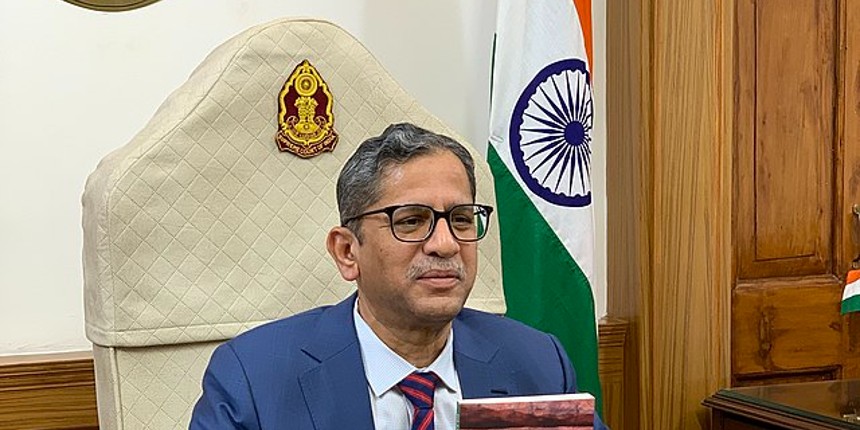 Chief Justice of India N V Ramana gave a parting gift to the journalists of Hyderabad.

A day before relinquishing his office on attaining the age of superannuation, Chief Justice of India N V Ramana gave a parting gift to the journalists of Hyderabad.

On Thursday, the CJI gave the much-awaited judgement giving the green signal to the allotment of plots to the journalists of Hyderabad, who have been waging a prolonged legal battle in the Supreme Court.

The Supreme Court was hearing a case pertaining to the allotment of plots by the then Y S Rajasekhar Reddy government to journalists, bureaucrats, MLAs, MPs and MLCs in Hyderabad.

Delivering the judgement, Justice Ramana said the allotment of plots to the journalists should not be linked to the IAS officers and people’s representatives, who were financially well placed.

“The then Andhra Pradesh government allotted a piece of land to the journalists more than 12 years ago. I don’t want to talk about IAS and IPS officers or elected representatives. Why should journalists, who are small-time employees suffer for so long?” he asked.

“The land was allotted but not developed. They had deposited Rs 12 crore with the government from their hard-earned money,” he said.

Justice Ramana said the SC would allow the journalists’ cooperative housing society to occupy the land allotted to them and take up constructions.

With regard to the land allotments to IAS, IPS officers and MLAs, MPs and MLCs, the case could be transferred to some other bench, he ordered.

The ruling Telangana Rashtra Samithi lost no time in taking credit for the Supreme Court judgement.

“I would like to extend my gratitude to the Hon’ble Supreme Court & CJI Garu for clearing the long-standing demand of Telangana journalist society on house site allotments This will help Telangana Govt deliver on our promise to our Journalist friends,” TRS working president and state minister K T Rama Rao tweeted