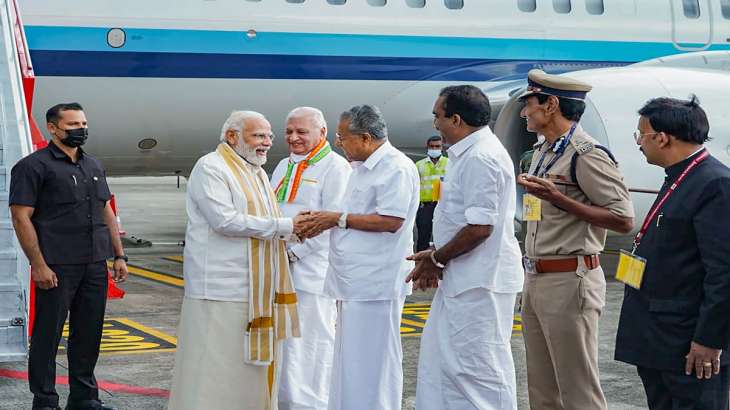 Prime Minister Narendra Modi on Thursday said that action against corrupt people in the country has resulted in a new polarisation in national politics with certain political groups openly trying to get organised into a unit to save those facing graft charges.

Modi, who arrived in Kerala on a two-day visit, said that corruption was the biggest hurdle in the development and interests of the youth. "However, what we see is that as we take action against the corrupt persons, there has emerged a new polarisation in national politics.

"To save these corrupt people, certain political groups are openly coming out and trying to get organised into a unit. People of India and Kerala have to be vigilant against such groups," he said.

Speaking to a large gathering of supporters outside the Cochin International Airport at Nedumbassery near here, he further said that people in the state are viewing the BJP with renewed hope as they realise that it is working for change and development in India

Modi also asserted that the biggest priority of his government is to provide fundamental facilities to every citizen of the country and build modern infrastructure.

The union government is working to provide homes to the poor. Under the 'Pradhan Mantri Awas Yojana' scheme, two lakh houses have been approved and more than 1.30 lakh have been completed in Kerala, he noted

Modi said the Centre has spent around Rs 1 lakh crore in Kerala on various projects. "The central government is working to open at least one medical college in every district, and it will hugely benefit the youth of Kerala. To develop modern infrastructure, the BJP government is spending around Rs 1 lakh crore on multiple projects in Kerala," he said.