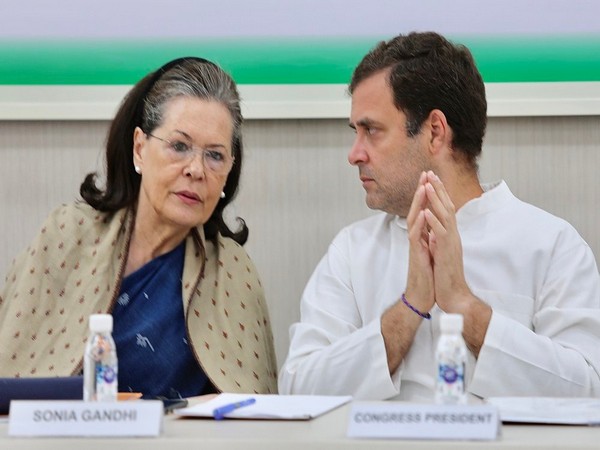 Published by Associated Journals Limited and owned by Young Indian Pvt Limited National Herald is considered the Congress' mouthpiece. The first family of the Congress party, including Sonia Gandhi and Rahul Gandhi, are among the promoters and shareholders of Young Indian.

While Sonia Gandhi, 75, has been asked to depose before the federal agency on June 8, Rahul is understood to have been asked to appear earlier,  sources told India TV.

Surjewala said that the ED is being misused by the BJP to target the opposition parties' leaders. He then went on to dub the ED as Prime Minister Narendra Modi's 'paaltu' (pet).

"ED is PM Modi's 'paaltu' (pet) and favourite. This is being done to divert attention from issues concerning the public. This government is indulging in vendetta politics," he said.

Congress leader Abhishek Manu Singhvi said that the "fake issue of AJL is an attempt by BJP's propaganda machinery to deviate the attention of citizens from various issues like falling GDP, inflation and other issues".

"The Modi government should know that by registering such fake and fabricated cases, they cannot succeed in their cowardly conspiracy," Singhvi said.

"Neither will the EC be able to stop the National Herald, the voice of the freedom movement, nor will it be able to scare Sonia Gandhi and Rahul Gandhi," he added.

"The Congress leadership is fearless and ready to present itself before the probe agency. We will not be afraid of such tactics, we will not bow down, but we will fight hard legally, socially and politically," Singhvi said, adding that the senior Gandhi will comply with the summons while Rahul Gandhi will go if he is here or he may seek a fresh date.