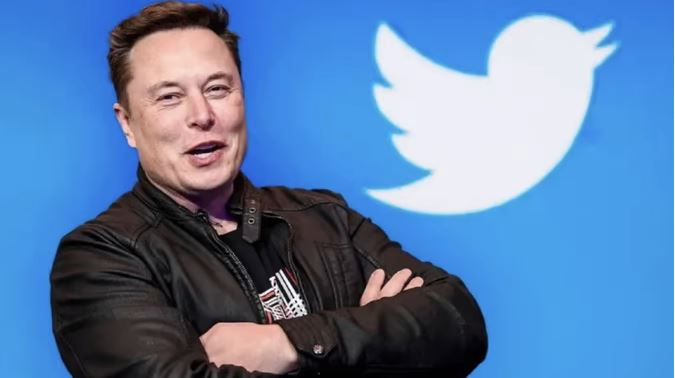 Elon Musk took control of Twitter on Friday (local time) and fired at least four top executives, including chief executive Parag Agrawal, the US media reported. The development comes hours before the deadline to seal a deal to buy the social media firm.

Parag Agrawal and chief financial officer Ned Segal have reportedly left the company’s San Francisco headquarters and will not be returning, the US media reported.

“At least one of the executives who was fired was escorted out of Twitter’s office,” a report said.

Agrawal was appointed Twitter CEO in November last year after the social media site’s co-founder Jack Dorsey had stepped down.

An IIT Bombay and Stanford alumnus, Agrawal joined Twitter over a decade ago when there were fewer than 1,000 employees at the company.

“Agrawal, who was appointed Twitter’s chief executive last year, had clashed” with Musk “publicly and privately in recent months about the takeover,” a report stated.

Musk had also “singled out” Gadde, “criticising her for her role in content moderation decisions at the company”, it added.

As the Twitter account of former US President Donald Trump was permanently suspended in January last year, Hyderabad-born Gadde was at the forefront of this dramatic decision undertaken within days of the attempted insurrection by pro-Trump supporters at the US Capitol.

Musk arrived at the Twitter headquarters earlier this week carrying a sink, and documented the event on Twitter, saying "Entering Twitter HQ - let that sink in!" and also updated his Twitter description to "Chief Twit."

He tweeted a video of him and described his visit as an experience that he was trying to "sink in" as the Tesla CEO has until the end of the week to either close the Twitter deal or face a trial.

On Thursday, a day before the deadline to close out on his $44 billion acquisition of the social media platform, Musk attempted to soothe leery Twitter advertisers.

The billionaire said he is buying the platform to help humanity and doesn’t want it to become a “free-for-all hellscape.”

The message appeared as if it aimed to address concerns among advertisers — Twitter’s chief source of revenue — that Musk’s plans to promote free speech by cutting back on moderating content will open the floodgates to more online toxicity and drive away users.

“The reason I acquired Twitter is because it is important to the future of civilization to have a common digital town square, where a wide range of beliefs can be debated in a healthy manner, without resorting to violence,” Musk wrote in an uncharacteristically long message for the Tesla CEO, who typically projects his thoughts in one-line tweets.

“There is currently great danger that social media will splinter into far right-wing and far left-wing echo chambers that generate more hate and divide our society," he said further.

Musk has previously expressed distaste for advertising and Twitter’s dependence on it, suggesting more emphasis on other business models such as paid subscriptions that won’t allow big corporations to dictate policy on how social media operates. But on Thursday, he assured advertisers he wants Twitter to be “the most respected advertising platform in the world.”

In April, Twitter accepted Musk's proposal to buy and take the social media service private. However, Musk soon began sowing doubt about his intentions to follow through with the agreement, alleging that the company failed to adequately disclose the number of spam and fake accounts on the service.

Earlier when Musk said he was terminating the deal, Twitter sued the billionaire, alleging he "refuses to honour his obligations to Twitter and its stockholders because the deal he signed no longer serves his personal interests," however, he later decided to pursue his acquisition of Twitter at the original price of USD 54.20 a share.

Following Musk's decision, a Delaware Chancery Court judge eventually ruled that Musk had until October 28 to cement the Twitter deal or head to trial.