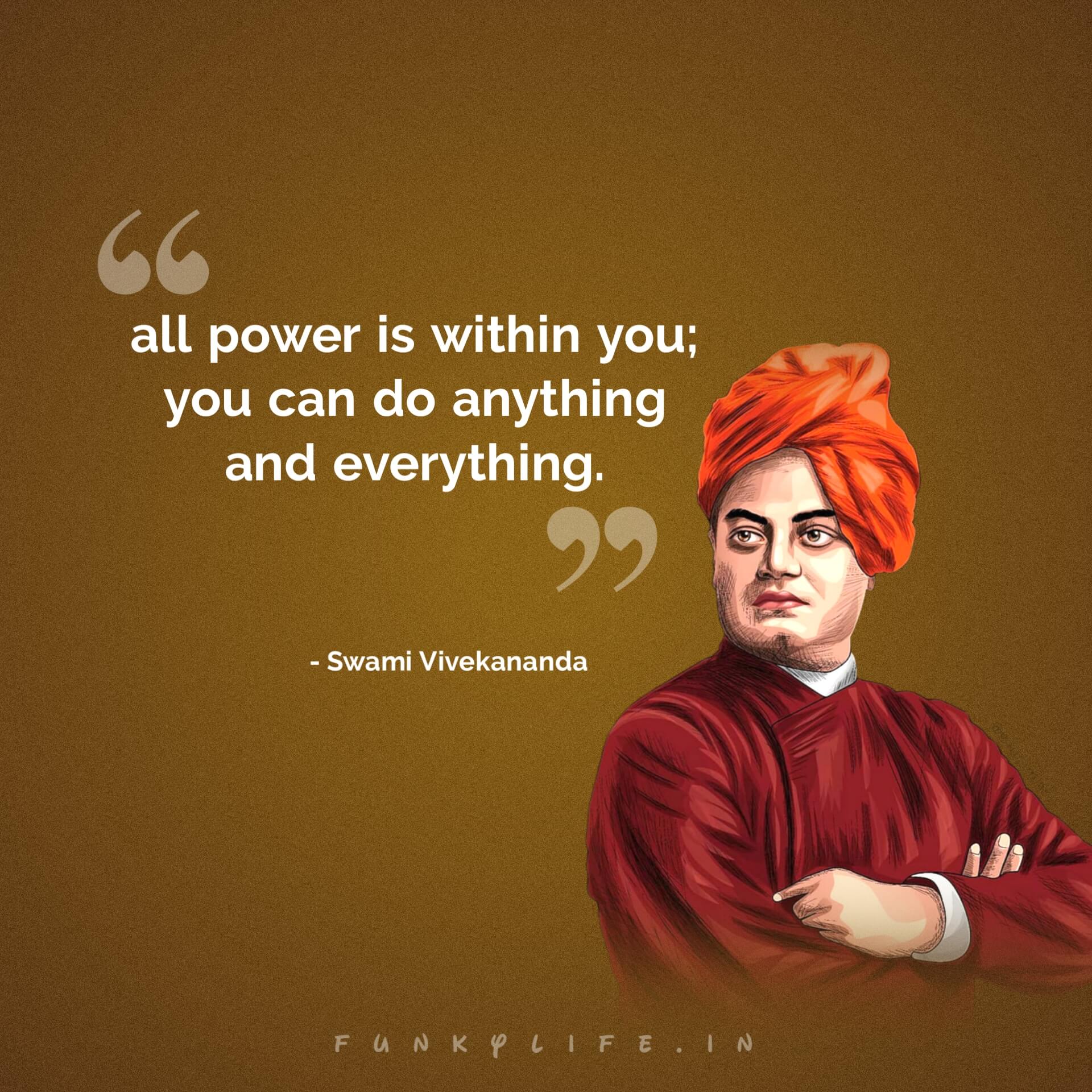 Swami Vivekananda, the great philosopher, thinker and the greatest patron of the youth in India, was born on January 12, 1863 in the Pausha Krishna Saptami Tithi in Kolkata (then Calcutta). He was named Narendranath Dutt. His father Vishwanath Dutt was a well-known lawyer in the Kolkata High Court and his mother's name was Bhuvaneshwari Devi.

The 26th National Youth Festival will be held from 12th to 16th January, 2023 at Hubballi- Dharwad, Karnataka and is being organized by the Union Ministry of Youth Affairs & Sports in collaboration with Government of Karnataka. Theme of the festival this year is 'Viksit Yuva Viksit Bharat'.

Swami Vivekananda once said, “Whatever you think, that you will be. If you think yourselves weak, weak you will be; if you think yourselves strong, strong you will be.” He also said, “See for the highest, aim at that highest, and you shall reach the highest.” His message captures the great importance of his ideas and ideals among the youth in our country today. He personified the eternal energy of the youth and their restless quest for truth. It is entirely fitting that 12 January, the birth anniversary of Swami Vivekananda, is observed as National Youth Day to rekindle the eternal message of this great patriot.

On Swami Vivekananda's birth anniversary, here are some famous quotes of the great Indian leader

- Learn everything that is good from others, but bring it in, and in your own way adsorb it; do not become others

- Arise awake and stop not until the goal is achieved

- Experience is the only teacher we have. We may talk and reason all our lives, but we shall not understand a word of truth

- Neither money pays, nor name, nor fame, nor learning; it is Character that cleave through adamantine walls of difficulties

- We are what our thoughts have made us; So take care about what you think. Words are secondary. Thoughts live; They travel far