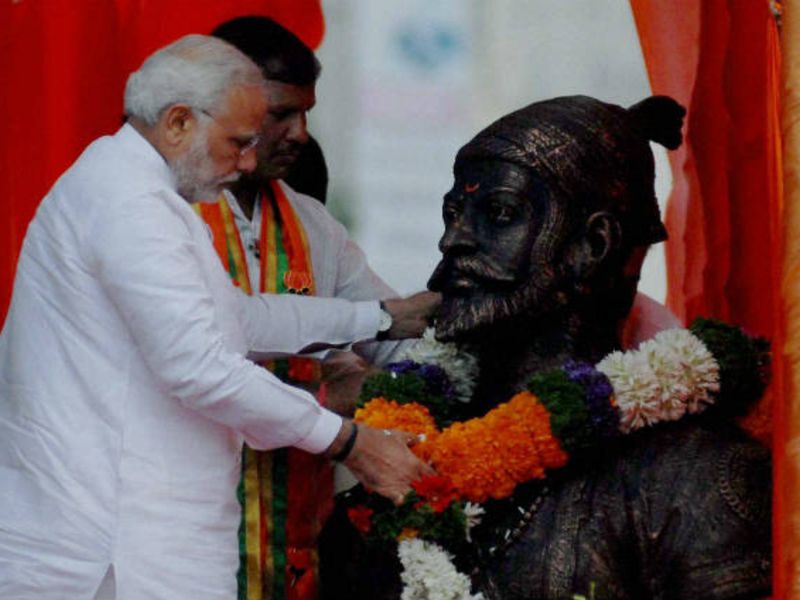 Prime Minister Narendra Modi on Tuesday recalled the contributions of Chhatrapati Shivaji Maharaj and Chhatrapati Sambhaji Maharaj. He was speaking at the inauguration of ‘Kranti Gatha’, a newly created Gallery of Indian Revolutionaries inside the underground British–era bunker at Raj Bhavan in Mumbai.

"When we talk about 'Swaraj', the lives of Chhatrapati Shivaji Maharaj and Chhatrapati Sambhaji Maharaj even today strengthen the sense of patriotism in each Indian," said PM Modi

The PM delved into history and highlighted the work done by a number of eminent personalities with roots in Maharashtra, from Sant Tukaram Maharaj to the architect of India's Constitution Babasaheb Ambedkar, and spoke effusively about their contributions.

"Maharashtra has inspired the country in many fields. If we talk about social revolutions, there is a very rich legacy of social reformers, from Jagatguru Sant Tukaram Maharaj to Babasaheb Ambedkar," Modi said.He said saints from Maharashtra like Dnyaneshwar, Namdev, Samarth Ramdas and Chokhamela have given energy to the country.

The PM also inaugurated the newly reconstructed 'Jal Bhushan', the residence and office of the Governor of Maharashtra. Later, he released a special postal stamp commemorating 200 years of Mumbai Samachar, one of Mumbai's iconic newspapers.

He said the newspaper gave voice to India's freedom movement, and lauded the publication's journey over the last 200 years.

Speaking at Mumbai Samachar's bicentenary celebrations, Modi said the newspaper did not lose its local connect when Mumbai became Bombay.Mahatma Gandhi and Sardar Patel often quoted this newspaper, he added.

The PM was seen alongside Maharashtra Chief Minister Uddhav Thackeray and other ministers of the state. This is significant as the Centre and the state has been at loggerheads over various issues for the last two years.