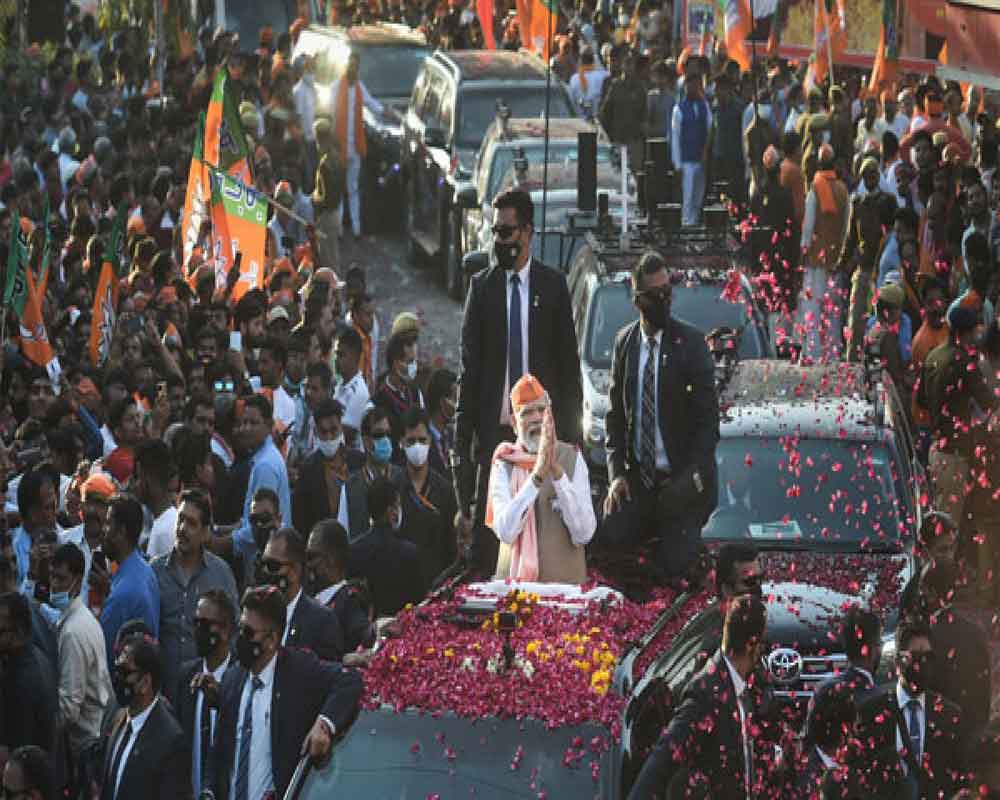 PM Modi will begin his two-day visit to Himachal Pradesh on Thursday. Today, the prime minister will participate in a roadshow in Dharamshala, for which door-to-door invitations were given to the people.

The prime minister's roadshow will be taken out from KCCB Chowk in Dharamshala's Kachehri Bazar to State Martyrs Memorial, Rakesh Sharma, the media in charge of Himachal Pradesh BJP, said.

"There is a lot of enthusiasm among the people regarding the roadshow as the BJP has given a strong, transparent and corruption-free governance. Eight years of Modi rule at the Centre and about four-and-a-half years of Jai Ram Thakur's regime in the state have been full of achievements," Sharma said.

After reaching Dharamsala, he presided over a review meeting at the deputy commissioner's office. He also reviewed preparations for the roadshow.

"During the roadshow, various cultural groups wearing traditional outfits will welcome the prime minister with their musical instruments," he said. Earlier, the chief minister visited the venue for the All-India Conference of Chief Secretaries, which Modi is set to address.

PM Modi will arrive at a specially-created helipad at the police stadium, where the state governor, CM and Union minister Anurag Thakur will welcome him.He will leave for Delhi on Friday evening. Himachal Pradesh is scheduled to go to polls in December.