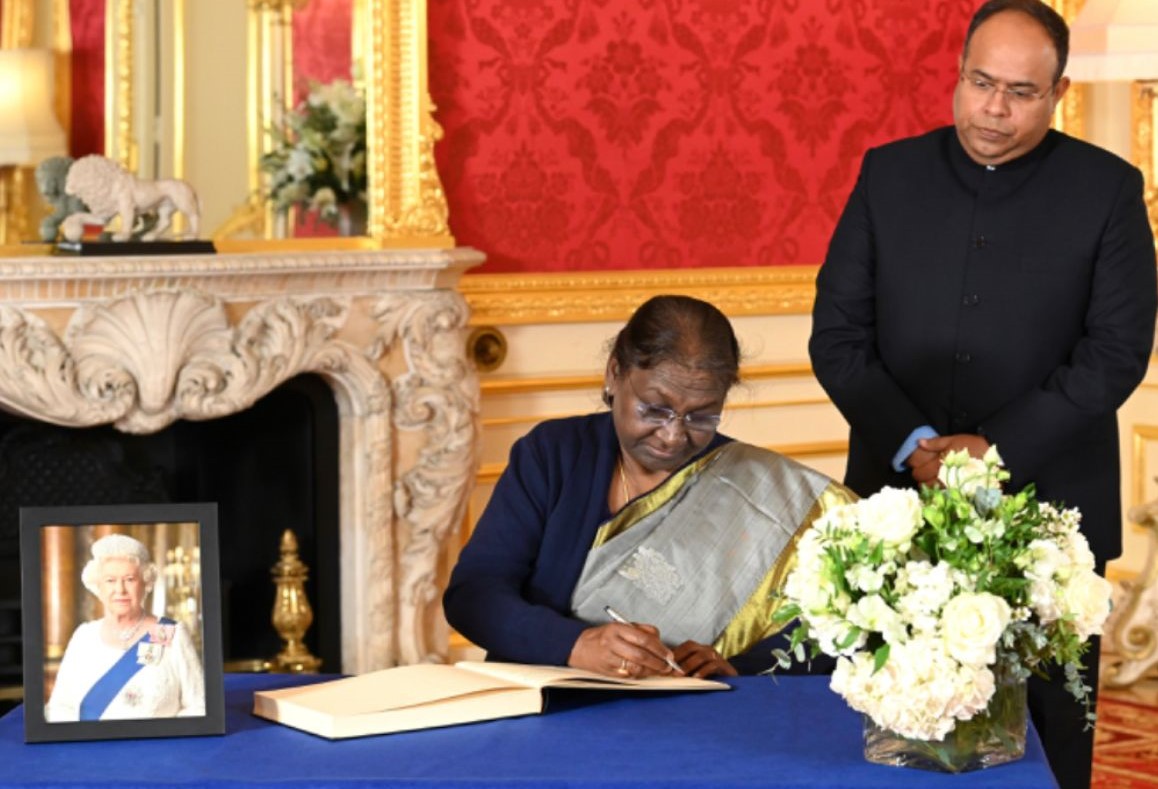 President Droupadi Murmu on Sunday offered tributes to UK's Queen Elizabeth II at Westminster Hall in London where the queen's coffin is lying-in-State.

"President Droupadi Murmu visited Westminster Hall London where the body of Her Majesty the Queen Elizabeth II is lying in state. The President offered tributes to the departed soul on her own behalf and on behalf of the people of India," Rashtrapati Bhawan tweeted

The President is on an official tour to the United Kingdom from September 17 to 19 to attend the State Funeral of Queen Elizabeth II on Monday and offer condolences on behalf of the Government of India.

She arrived at Gatwick Airport in London to attend Queen Elizabeth II's state funeral at London's Westminster Abbey on Saturday.

The presidential aircraft carrying Murmu and her entourage members, including foreign secretary Vinay Kwatra landed at London's Gatwick Airport at 20:50 IST from where she left for the hotel where she will be staying during this tour.

On her arrival at the airport, the president was received by the High Commissioner of India to the United Kingdom.

According to official reports, on Sunday, the president was scheduled to attend the Lying-in-State of the Queen's coffin at the Palace of Westminster and sign a condolence book on behalf of the Indian government at Lancaster House near Buckingham Palace.

Later in the day, she will attend a reception hosted by King Charles III for the overseas leaders at Buckingham Palace in London before the funeral service on Monday at 11 am local time.

Queen Elizabeth II, 96, the former head of state of the UK and Head of the Commonwealth of Nations passed away on September 8. She will be laid to rest with full state honours at Westminster Abbey on September 19.

One-day state mourning was observed across India on September 11 as a mark of respect to UK's Queen Elizabeth II who passed away on September 8.