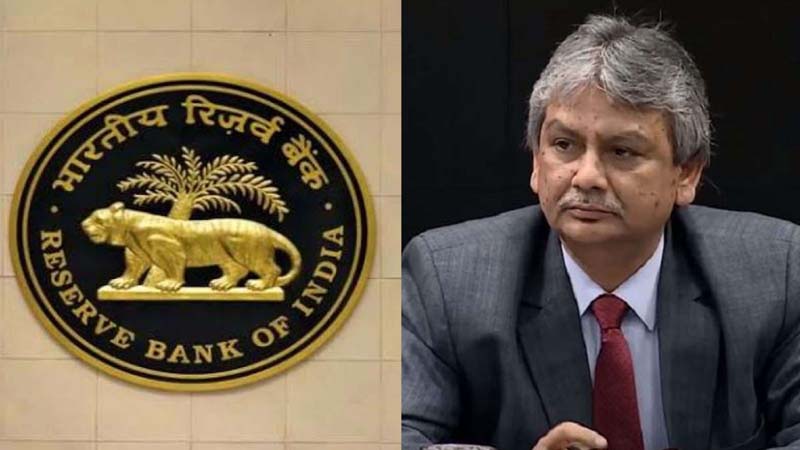 A Reserve Bank of India (RBI) write-up flagging concerns over building financial stress in several states and calling for corrective steps in five most indebted ones has evoked mixed response, with some calling the assessment wrong and others pointing to rise in income to counter calls for cut in expenditure.

Referring to the economic crisis in Sri Lanka, the RBI article prepared by a team of economist under the guidance of Deputy Governor Michael Debabrata Patra had on Thursday stated that the five most indebted states - Punjab, Rajasthan, Bihar, Kerala and West Bengal - need to take corrective measures by cutting down expenditure on non-merit goods

State finances are vulnerable to a variety of unexpected shocks that might alter their fiscal outcomes, causing slippages relative to their budgets and expectations, it had said."The recent economic crisis in neighbouring Sri Lanka is a reminder of the critical importance of public debt sustainability. The fiscal conditions among states in India are showing warning signs of building stress," it had said.

For some states, it added, shocks may increase their debt by a significant amount, posing fiscal sustainability challenges.

For the five most indebted states of Bihar, Kerala, Punjab, Rajasthan and West Bengal, the debt stock is no longer sustainable, as the debt growth has outpaced their Gross State Domestic Product (GSDP) growth in the last five years, it warned.

Former Kerala finance minister and state secretariat member of ruling CPI(M), T M Thomas Isaac said the state cannot cut down its expenditure and opined that the RBI has taken a short sighted view on the states showing warning signs of stress

According to him, only marginal reduction can be made in Kerala's revenue expenditure by cutting down spending on the government's miscellaneous activities, which is nowhere near the total expenditure of the state.

Sanyam Lodha, Advisor to Rajasthan Chief Minister, said loans of all the states have increased and a comparative data is available. Even the loan of the Centre has increased drastically. GST compensation to the state is not being paid by the Centre.

"Wrong decisions like demonetisation, GST or even during the corona period, Centre has not given any encouragement to the states for the loss they incurred," he said, adding it needs to be asked what encouragement the Centre is providing to reduce revenue deficit.

The Centre introduced cess and additional excise on petrol and diesel and states do not get share in it due to which the state has suffered loss. "The Union of India is weakening the states badly," he added.

Akhil Arora, Rajasthan Finance Secretary, said: "Revenue of the state is increasing. We can show you the growth curve about revenue and expenditure of the state in the last two years."

When asked about increasing subsidy burden, Arora said, "I don't know which RBI report you are referring to and its duration. We can show you the data which we have, which is in the public domain and is also audited."

Talking to PTI, Isaac said providing a stimulus package to Kerala to invest in capital expenditure is the only way out to overcome the crisis.

"The Centre should provide a stimulus package to the state for capital expenditure, so that income picks up," he said.

Economists said the rise in the state's debt was primarily due to a slew of social welfare measures to support the livelihood of people, which had been badly hit by the pandemic. They said this is causing a strain on the finances of the government.

Noted economist and former professor of ISI Abhirup Sarkar said, "West Bengal's debt/SGDP had been falling since 2011-12, standing at 45 per cent, which since declined to 35 per cent as per a research paper prepared by RBI. However, West Bengal remained among the top five indebted states along with Kerala and Rajasthan."

In its estimate of 2022, RBI said West Bengal's debt to SGDP ratio has been pegged at 38.8 per cent.

BJP's Rajasthan state president Satish Poonia said it is right that debt per person in Rajasthan is continuously increasing. "It is happening due to economic indiscipline and poor financial management of the state government," he said.

"Total debt on the state is over Rs 4 lakh crore. Government is not able to manage its finances well and there is no source of revenue generation. Even the government is misappropriately using the money of central sponsored schemes," he added.

A slowdown in its own tax revenue, a high share of committed expenditure and rising subsidy burden have stretched state government finances already exacerbated by COVID-19, the RBI article had said.

"New sources of risks have emerged in the form of rising expenditure on non-merit freebies, expanding contingent liabilities, and the ballooning overdue of discoms," it said.

As per the article, new sources of risks have emerged from relaunch of the old pension scheme by some states; rising expenditure on non-merit freebies; expanding contingent liabilities, warranting strategic corrective measures.

"Stress tests show that the fiscal conditions of the most indebted state governments are expected to deteriorate further, with their debt-GSDP ratio likely to remain above 35 per cent in 2026-27," the authors said.

The central bank, however, said the opinions expressed are those of the authors and do not necessarily reflect the views of the Reserve Bank of India.

As a corrective measure, the article suggested that the state governments must restrict their revenue expenses by cutting down expenditure on non-merit goods in the near term.

In the medium term, it added, the states need to put efforts towards stabilising debt levels.

It also recommended large scale reforms in the power distribution sector, which would enable the discoms (power distribution companies) to reduce losses and make them financially sustainable and operationally efficient.

In the long term, increasing the share of capital outlays in the total expenditure will help create long-term assets, generate revenue and boost operational efficiency.

Alongside, state governments need to conduct fiscal risk analyses and stress test their debt profiles regularly to be able to put in place provisioning and other specific risk mitigation strategies to manage fiscal risks efficiently.