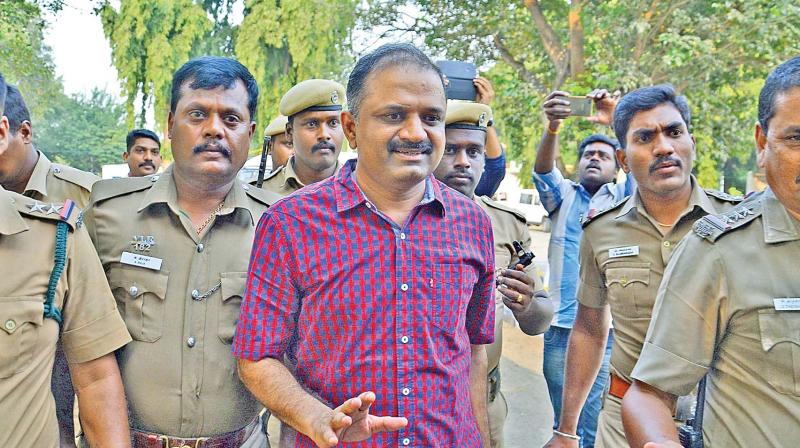 New Delhi: The Supreme Court on Wednesday ordered the release of A G Perarivalan, who has served over 30 years of life term in the Rajiv Gandhi assassination case.

A bench headed by Justice L Nageswara Rao invoked its extraordinary power under Article 142 to grant relief to Perarivalan. “State cabinet had taken its decision based on relevant considerations. In exercise of Article 142, it is appropriate to release the convict,” the bench said.

Article 142 deals with the enforcement of decrees and orders of the Supreme Court and orders as to discovery, etc.

On March 9, the top court had granted bail to Perarivalan while taking note of his long incarceration and no history of complaints when out on parole.

The top court was hearing the plea of the 47-year-old Perarivalan seeking suspension of his life sentence in the case till the Multi Disciplinary Monitoring Agency probe is completed.

Gandhi was assassinated on the night of May 21, 1991 at Sriperumbudur in Tamil Nadu by a woman suicide bomber, identified as Dhanu, at a poll rally.

In its May 1999 order, the top court had upheld the death sentence of four convicts — Perarivalan, Murugan, Santham and Nalini.

On February 18, 2014, the top court had commuted the death sentence of Perarivalan to life imprisonment, along with that of two other prisoners — Santhan and Murugan — on grounds of an 11-year delay in deciding their mercy pleas by the Centre