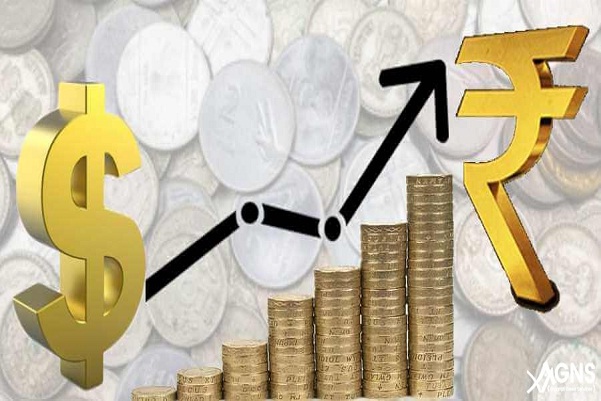 Rupee rallied by 51 paise against the US dollar, biggest gain in nearly a year.

The rupee rallied by 51 paise against the US dollar, its biggest single-day gain in nearly a year, as the US economy contracted for the second straight quarter, magnifying fears that the US could tumble into a ‘technical recession’ that would force the Federal Reserve to slow down the pace of its aggressive rate hikes.

At the inter-bank forex market, the domestic currency ended at 79.25 against the dollar against the previous close of 79.76 against the greenback. Market circles feel that the rupee may continue its gains next week and even appreciate beyond the 78 mark.

Anindya Banerjee, vice president, currency derivatives & interest rate derivatives at Kotak Securities, said the gain in the rupee was due to massive long liquidation (in the dollar) after back-to-back GDP contraction in the US. “Over the next week further liquidation can be seen but we expect the pair to find support near 78.80/90 levels on spot. The USD-INR could range between 78.80 and 79.65 on a spot basis,” he added. Supporting the rupee was a weak greenback and positive flows from foreign portfolio investors (FPIs) who purchased stocks worth Rs 1046 crore in today’s trade. A Reuters report said that today’s gain was its best single-day performance since August 27 last year.

The US Dollar Index (DXY), which measures its strength against a basket of six currencies, fell below the 106 mark at 105.54 during intra-day trades. It was trading at 106.30 at the time of writing this report as against the previous close of 106.35. it has retracted from the two decade peak of 109.29 touched on July 14.

According to a Mecklai note, the rupee opened higher at 79.53 after data showed the US economy shrinking 0.9 per cent in the April-June period after a 1.6 per cent contraction in the first quarter of 2022. “Two consecutive falls are a technical indicator of recession,” it added. Analysts pointed out that attention will now shift to the meeting of the monetary policy committee next week. In a note, BoFA Securities said the rupee may hit 82 by December this year, but the fall will be gradual. Meanwhile, bond prices also rallied with yields touching their lowest levels in nearly three months. Yields on the benchmark 10-year paper touched a day’s low of 7.25 per cent though it closed at 7.32 per cent against the last close of 7.33 per cent.

Inflation in the eurozone hit 8.9 per cent in July compared with a year ago, as prices driven by the high cost of energy reached a fresh record, and many of its largest economies expanded faster than expected in the second quarter except for Europe’s traditional engine, Germany, which stalled. Prices in the 19 countries that use the common currency increased from the 8.6 per cent mark they hit in June.