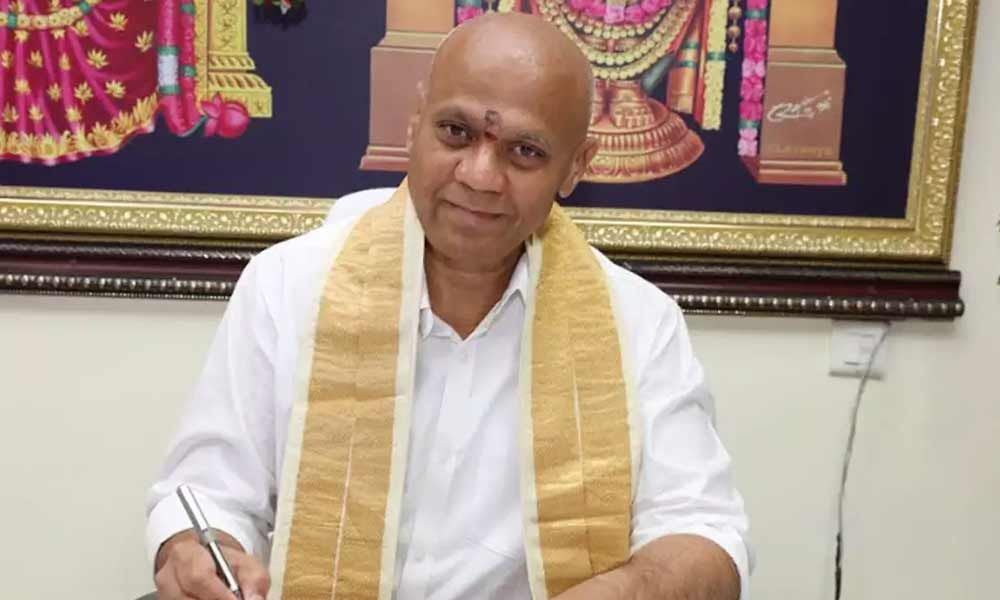 TIRUPATI: In order to provide hassle-free darshan to the devotees, the Tirumala Tirupati Devasthanams (TTD) is reintroducing the Slotted Sarva Darshan (SSD) system for the darshan of Lord Venkateswara at the hill temple of Tirumala. The issuance of SSD tokens will start from November 1 at the designated counters in Tirupati.

In view of ever-increasing pilgrim influx to Tirumala and to provide quick darshan to devotees, the TTD has introduced the SSD system in 2016. The system allows devotees to schedule a time slot of their choice and then report directly at the Vaikuntam queue complex for darshan at the given time

However, the issuing of SSD tokens was suspended on April 12 following
a melee at a token counter in Tirupati. Since then, there hasn't been a break in the influx of pilgrims, and the temple town has wilted under their pressure, with most days' waiting time for darshan exceeding 24 hours. In light of this, the TTD has decided to reintroduce the SSD system.

Speaking to reporters at Tirumala on Friday, TTD Executive Officer A.V. Dharma Reddy informed that the temple management will issue the SSD tokens at counters in Bhudevi Complex, Srinivasam and Govardhan Choultry (II NC) in Tirupati, on a day-to-day basis till the quota gets exhausted. He said the TTD trust board has resolved to restore the issuance of SSD tokens during the last board meeting for the convenience of the pilgrims.

“Counters with all facilities have been set up at three places in Tirupati. On Saturdays, Sundays, Mondays and Wednesdays, 20,000-25,000 tokens will be issued while on Tuesdays, Thursdays and Fridays, only 15,000 tokens will be allotted. Based on the pilgrim situation for the day, the discretion of increasing and decreasing the quota depends", TTD EO maintained.

Meanwhile, TTD EO Dharma Reddy also said, to reduce the waiting hours for common pilgrims, the trust board has decided to change the VIP Darshan timings from early hours to 8am from December 1 onwards on a trial-basis. This would benefit the darshan facility to more common pilgrims and also likely to reduce pressure on accommodation. SRIVANI ticket holders both online and offline will be provided accommodation at Madhavam rest house in Tirupati, he added.