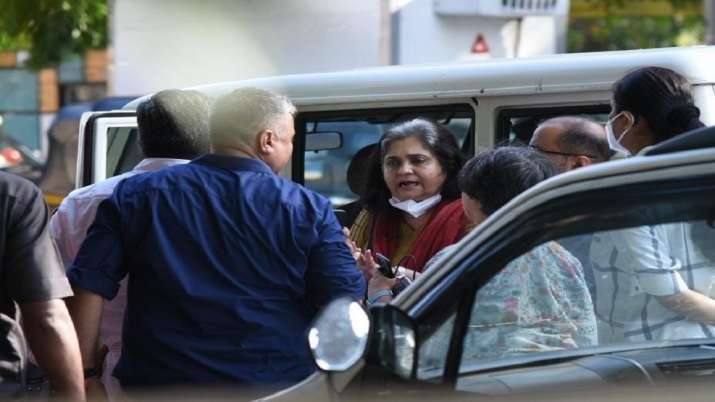 A team of Gujarat ATS has detained activist Teesta Setalvad in Mumbai and took her to Santacruz police station. A cop team had reached her Mumbai residence earlier on Saturday in connection to a case on her NGO. The move by Gujarat Police came after the Supreme Court had called for further investigation on Setalvad and asked on whose behest did Setalvad run the campaign against Modi for 16 years.

On Friday, the Supreme Court had dismissed a petition challenging the clean chit given by the SIT to then Gujarat Chief Minister Narendra Modi and others in the 2002 post-Godhra riots cases. Setalvad's NGO had supported Zakia Jafri throughout her legal battle. Jafri's husband Ehsan Jafri was killed during the riots.

While talking to news agency ANI on Friday, Amit Shas said Teesta Setalvad-run NGO gave baseless information about the Gujarat riots. Shah's comments came after the Supreme Court on Friday rejected an appeal against the exoneration of then-state Chief Minister Narendra Modi in a 2002 riots case.

The Gujarat government told the Supreme Court earlier that in the name of Zakia Jafri, social activist Teesta Setalvad wants to keep the “pot boiling” on the 2002 riots, which would be a “travesty of justice” and the apex court should not encourage such petitions.