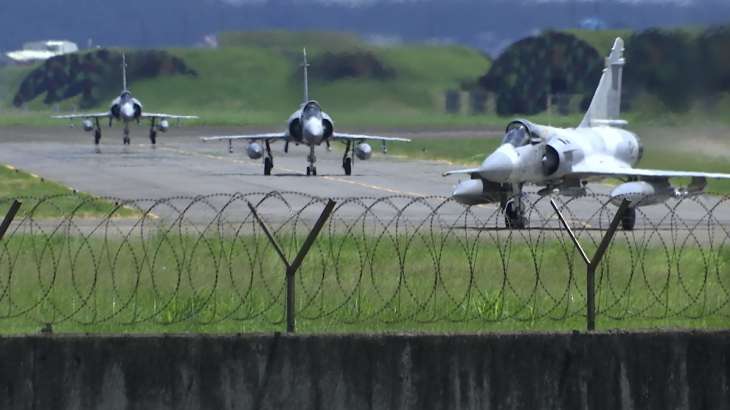 White House on Friday said that the country is all set to conduct new "air and maritime transits" in the Taiwan Strait during the coming weeks, in response to a Chinese military drill around the self-ruled island.

China conducted its largest-ever military drill around Taiwan, which Beijing considers its territory, during a trip by US House Speaker Nancy Pelosi earlier this month, Al Jazeera reported.

Kurt Campbell, the White House coordinator for Asia-Pacific issues and adviser to President Joe Biden, said despite tensions, US "will continue to fly, sail and operate where international law allows, consistent with our longstanding commitment to freedom of navigation".

"That includes conducting standard air and maritime transits through the Taiwan Strait in the next few weeks," he said.

Beijing carried out its largest-ever military drills in the Taiwan strait during Pelosi's trip and has accused the US of working against its official policy on China and Taiwan.

Moreover, Taiwan has accused China of using the visit by Pelosi, the highest-ranking elected American official to visit in decades, as an excuse to start drills that Taipei called a rehearsal for invasion, the report stated.

Furthermore, Andrew Leung, a China analyst, told Al Jazeera that US actions on Taiwan are working against its official policy towards China in that the "one China" policy has been hollowed out over many years by the dispatching of senior US officials to the island.

Such visits give Taiwan increasing diplomatic space to assume an "almost independent role as if Taiwan was a separate country" from China, Leung said.

Notably, Island's foreign ministry thanked Washington for its "firm support" in a statement on Saturday that pointed to its "concrete action to maintain security in the Taiwan Strait and peace in the region", the report stated.