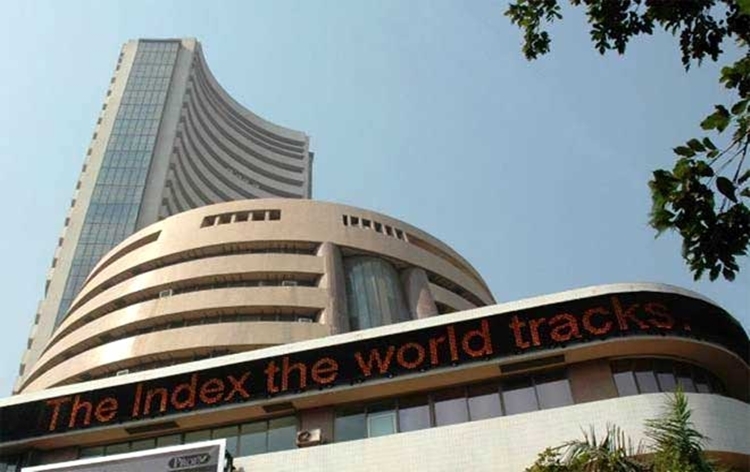 Asian shares slipped on Tuesday as relief at a rally on Wall Street was quickly soured by a slide in US stock futures. An unexpected warning about the deteriorating economy by Snap Inc. Chief Executive Evan Spiegel rippled through internet and social-media stocks late Monday, potentially ruining the market’s comeback attempt from earlier in the day.

MSCI's broadest index of Asia-Pacific shares outside Japan dipped 0.3 percent in hesitant trading. Japan's Nikkei fell 0.4 percent and Chinese blue chips eased 0.3 percent. Markets had taken some comfort from US President Joe Biden's comment on Monday that he was considering easing tariffs on China, and from Beijing's ongoing promises of stimulus.

US stocks finished higher on Monday, bouncing back from the longest stretch of weekly losses for the Dow Jones Industrial Average since 1932 and a temporary dip by the S&P 500 into bear-market territory last week. The Dow finished up by 618 points. Some analysts credited Monday’s gains to comments made by President Joe Biden about the prospect of reducing tariffs on China.

Investors appeared ready to buy a market beaten down by weeks of selling. That was despite reports of surging COVID cases in Beijing, where officials extended an order for students and workers to stay home and will carry out more mass testing in the nation’s second-largest city.

JP Morgan raised its forecast for net-interest income and stuck to its 17% return on tangible equity target, and CEO Jamie Dimon sounded quite positive on the US economy.

The European Central Bank said it was likely to lift its deposit rate out of negative territory by September.

Oil prices were caught between worries over a possible global downturn and the prospect of higher fuel demand from the US summer driving season and Shanghai's plans to reopen after a two-month coronavirus lockdown. UScrude eased 62 cents to $109.67 per barrel, while Brent lost 68 cents to $112.74.

Oil prices were little changed on Monday, settling just slightly higher as worries over a possible recession vied with an outlook for higher fuel demand with the upcoming US summer driving season and Shanghai's plans to reopen after a two-month coronavirus lockdown. In the international markets as WTI crude settled at $110.29 per barrel and Brent settled at $110.91 per barrel. Domestic markets were also settled on a weaker note at Rs8,543 per barrel, down by 0.87 percent.

Rahul Kalantri, VP Commodities, Mehta Equities Ltd. said, At this point, the market is fighting with the $110 level, which is an area where we have seen a lot of noise in the past, so is not a huge surprise to see this market struggle a bit. Furthermore, the market has been very volatile and noisy, and there are a lot of questions out there as to where we are going to go over the longer term. Trader and investor risk appetite up-ticked just a bit to start the trading week on reports the US may consider lifting some trade tariffs on China. Meantime, China continues to struggle with rising Covid cases that have locked down parts of major cities in the world’s second-largest economy. Crude oil prices also fell that the European Union is struggling to agree on an embargo on Russian imports.

FDI equity inflows into India contracted marginally by 1 percent to $58.77 billion during 2021-22, according to official data.

The FDI equity inflows stood at $59.63 billion during 2020-21, the data from the Department for Promotion of Industry and Internal Trade (DPIIT) showed. However, total foreign direct investment into India rose by 2 percent to the "highest ever" $83.57 billion in 2021-22. Total FDI inflows include equity inflows, reinvested earnings and other capital.

Capital markets regulator Sebi on Monday allowed mutual funds to launch passively managed Equity-Linked Savings Schemes (ELSS). However, the regulator said that mutual funds can have either an actively-managed ELSS scheme or a passively-managed one but not in both categories.

The passive ELSS scheme should be based on one of the indices comprising equity shares from top 250 companies in terms of market capitalisation, Sebi said in a circular. The move will allow new fund houses that are especially focusing on passive schemes to float a passively-managed ELSS fund.

The economic growth may have slowed to 3.5 percent in the fourth quarter of 2021-22 from 5.4 percent in the previous three-month period due to the impact of higher commodity prices on margins, the decline in wheat yields, and a higher base, ICRA Ratings said on Monday.

The agency said the hiccups in the recovery of the contact-intensive services attributable to the third wave of COVID-19 in the country may have also affected the economic growth in the quarter. Even the gross value added (GVA) at basic prices (at constant 2011-12 prices) in Q4 FY2022 seems to have eased to 2.7 percent from 4.7 percent in Q3 FY2022, it said.

The National Statistical Office (NSO) will release the fourth quarter numbers of fiscal 2022 on May 31.

On Monday, Gold and silver prices traded higher in first half of trading session but went down from their earlier highs tacking upsurge in US stock markets. These previous metals are being supported by the sharp losses in the U.S. dollar index that hit a four-week low. In the international market, Gold settled at $1,847.80, up by 0.15 percent while silver was settled at $21.71, down by 0.26 percent, while in the domestic market, Gold settled at Rs50,907 with a gain of 0.15 percent and silver ended at Rs 61,303 with a loss of 0.17 percent.

A rupee also struggling due to sharp fall in the foreign exchange reserves and it slipped below $600 billion. The foreign exchange reserves fell tenth straight week amid rising imports and higher energy prices. Rahul Kalantri, VP Commodities, Mehta Equities Ltd. said, "We expect the rupee to remain volatile this week and could hold its major support level of 78.1000 against the US dollar. The dollar index also showed profit-taking ahead of the FOMC may month meeting minutes and speech of the Federal Reserve Chairman later this week. We expect the dollar index to remain volatile and expected to be traded in the range of 101.40-102.80. On the other hand, a rupee recovered from their lows amid weakness in the dollar index. We suggest closely watching the levels of 77.1500-77.7000 for taking fresh positions in the pair, either side breakout of the range would give further directions'.

Three stocks – Delta Corp, GNFC and Indiabulls Housing Finance – are under the F&O ban for May 24